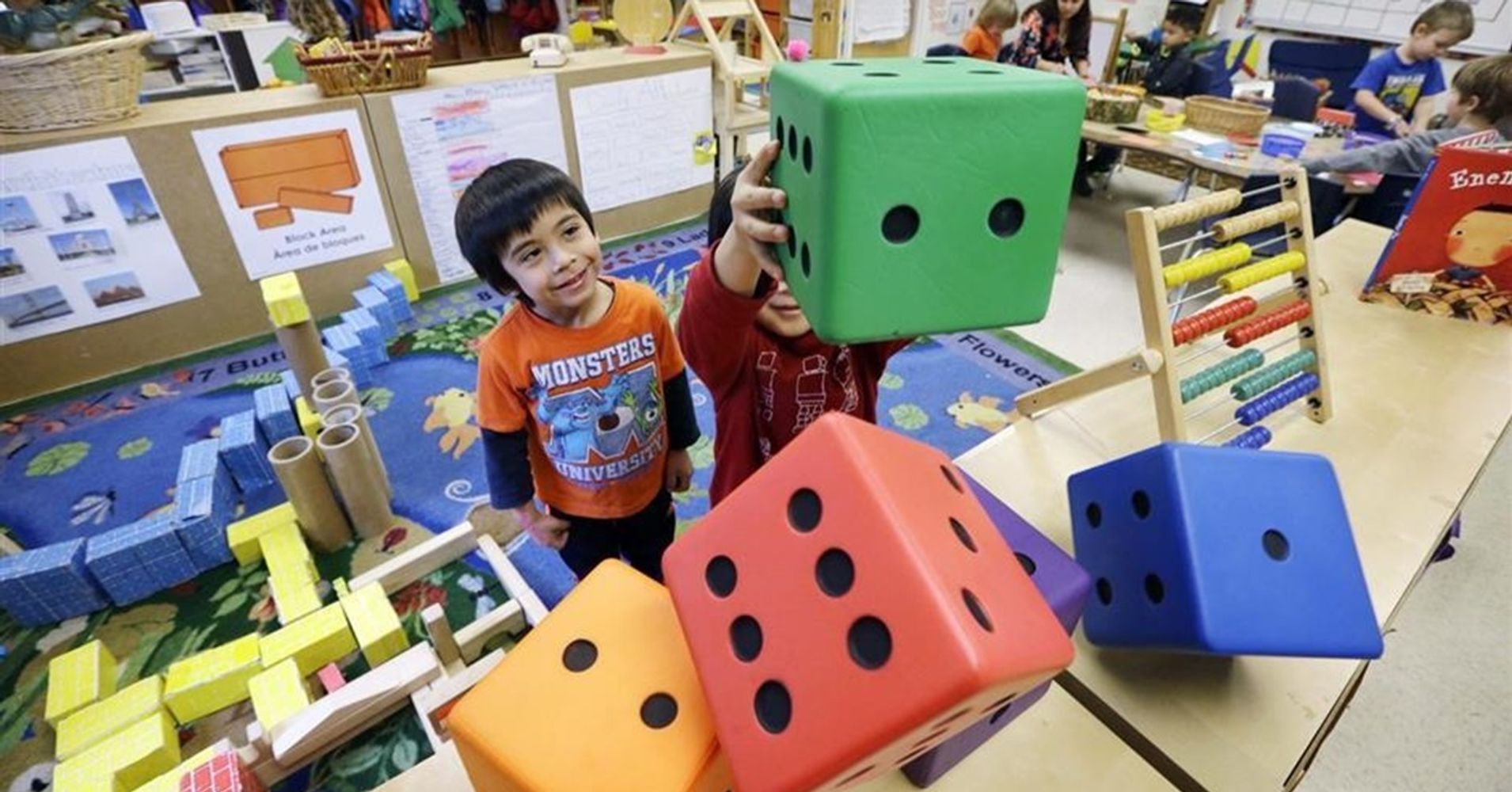 Research suggests that early childhood education primes young minds for academic and social success. And yet in much of the country, many parents struggle to find any day care at all.

To get more young children into high-quality programs, an increasing number of cities and states are imposing academic standards and other rules on child care providers and using public money to expand access to them.

At least 16 states now offer preschool programs to more than a third of 4-year-olds, up from three states plus Washington, D.C., in 2002. And nationwide, states have increased preschool funding by 47 percent in the past five years.

“What we’re seeing is an influx of state policymakers starting to wrap their arms around the fact that learning doesn’t start in kindergarten,” said Bruce Atchison of the Education Commission of the States, a Denver-based nonprofit. “You have to have high-quality pre-K programs, and programs for younger children too.”

Closer scrutiny has come with a cost: In some places, stricter regulations for child care providers may be exacerbating the shortage of slots. Small providers who care for children in their homes also can find it difficult to comply with rules regarding sprinkler systems, radon detectors and fire escape plans.

In California, the number of licensed providers caring for children in private homes declined by 30 percent in the last 10 years, according to the California Child Care Resource and Referral Network.

“We’re trying to understand the barriers for home-care providers,” said Rowena Kamo, the network’s research director. “We want to build up the supply of what are really small businesses.”

In a 2017 study of 22 states that make up two-thirds of the U.S. population, the Center for American Progress, a left-leaning think tank in Washington, D.C., found that more than half of the children in those states lived in “child care deserts,” neighborhoods or communities with no child care options or so few providers that there are more than three children for every licensed child care slot.

Overall, child care deserts were most common in lower-income rural areas, but they could be found in urban areas too.

The proportion of residents living in child care deserts ranged from 24 percent in Iowa to 62 percent in California.

“It shows just how ubiquitous the child care shortage is,” said Rasheed Malik, senior policy analyst at the Center for American Progress. “In big cities, it’s very common, as well as in low-density rural areas. But it’s also a problem in suburbs of all types and in all the states that we looked at.”

Many areas with child care shortages would get a boost from the federal budget President Donald Trump signed several months ago. The budget includes an additional $5.8 billion over the next two years for the Child Care Development Block Grant, money that states can use to help low-income families pay for child care so they can work or attend job training.

In Arkansas, Republican Gov. Asa Hutchinson said his state would spend $26 million of its share of that money to wipe out its waitlist for subsidized child care.

Texas’ federal grant under the program would double to nearly $1 billion a year, according to Robert Sanborn, president and CEO of the Houston-based nonprofit Children at Risk, which advocates on issues affecting children.

“That will cause a huge push to help provide child care,” Sanborn said. But the new child care slots won’t all provide high-quality instruction, he cautioned.

“If parents don’t have a close-by relative, they are finding the cheapest, safest, cleanest place they can for their children, but it’s basically the warehousing of children,” Sanborn said. “It may be clean and safe, but there’s no learning going on.”

In the District of Columbia, widely considered a leader in providing child care to its residents, officials hope to avoid that problem by requiring that preschool teachers and directors have bachelor’s degrees or certificates in early childhood learning.

“We try to avoid the [term] ‘day care’ because this is about education,” said Elizabeth Groginsky, assistant superintendent of early learning in Washington, D.C. “It used to be babysitting, but it’s not anymore.”

Child care can be extraordinarily expensive, so much so that it was the top reason cited in a recent survey of young adults by Morning Consult for The New York Times about why they’ll have fewer children than they considered ideal. Child care is the highest single household expense in most regions of the country, and families are spending 20 to 30 percent of their incomes on it, according to the advocacy group Child Care Aware America. In 28 states and the District of Columbia, it costs more to send your child to day care than to a public university.

One reason for the shortage is that it doesn’t pay to be a child care provider. According to the Center for the Study of Child Care Employment at the University of California, Berkeley, the median wage for child care workers is about $10 an hour.

The first thousand days of a baby’s life are critical, said Lori Turk-Bicakci, a senior research manager at the Lucile Packard Foundation for Children’s Health in Palo Alto, California.

“You want a child care provider, whether it’s a relative or parent or whoever is touching the baby, to be looking at them, making eye contact, talking to them,” she said. “Those simple things are so important.”

But using public money to boost the salaries of child care workers can be a tough sell, even in liberal areas with a shortage of child care providers.

Voters in Alameda County, home of Oakland, narrowly defeated a ballot initiative last month that would have raised the sales tax a half-cent for 30 years, bringing in about $140 million a year to increase pay to $15 an hour for child care workers and expand access to child care for low- and middle-income parents.

Stricter regulations also can be a barrier to providing more child care opportunities, according to Carrie Lukas, president of the Independent Women’s Forum, a conservative nonprofit focused on economic issues facing women.

“All of these regulations sound like common sense, but you wonder how those are applied,” Lukas said. “If you’re having radon testing, and can’t have a baby sleeping in a room without an adult present, it needlessly raises costs.”

The Denver Fire Department recently barred new child care providers from caring for more than five children unless they have a sprinkler system. According to Liddy Romero, executive director of WorkLife Partnership, a nonprofit that is working with companies to create more child care in the city, a $30,000 sprinkler system is an expense that many at-home providers can’t afford.